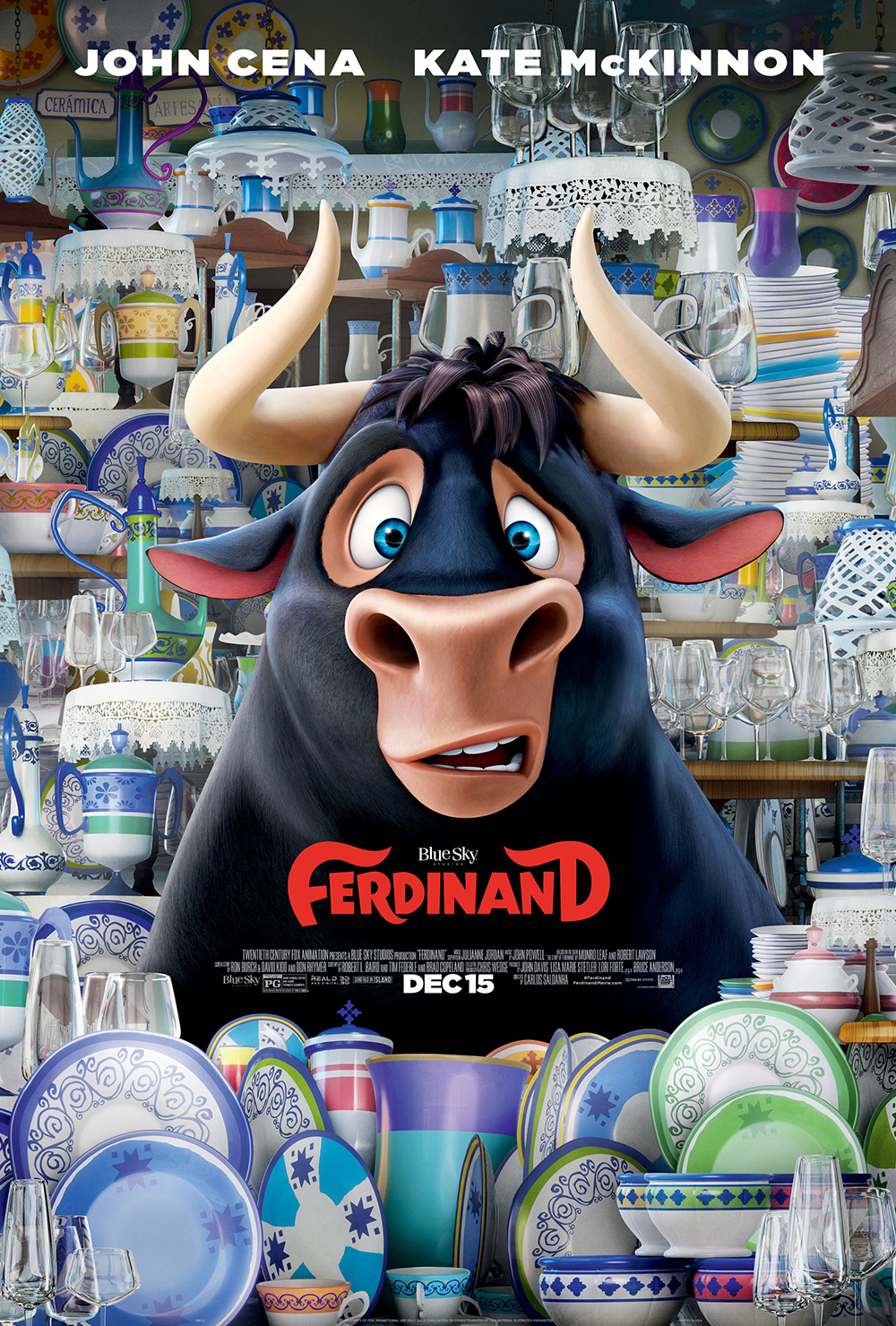 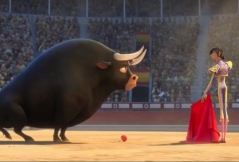 It’s only fitting that a year characterized by meager animation releases is capped off with a film that is only minimally acceptable. Ignoring extreme exceptions such as Coco or The Emoji Movie, 2017’s CG offerings have relegated to the stale middle ground of the likes of Cars 3 and Despicable Me 3. Set as bold holiday counter programming to Star Wars, Blue Sky Studios’ last-minute contribution Ferdinand will likely be lost in the seasonal shuffle. A reception as such would mostly be appropriate, but Blue Sky’s comparably reverential approach with this release is worth some notice.

Ferdinand is an adaptation of the classic picture book The Story of Ferdinand, penned by Munro Leaf in 1936. Ferdinand’s breezy tale, told through quaint black-and-white sketches, portrayed a baby bull in Spain who preferred flowers over fighting. After he grew up to be a massive powerhouse, he was chosen to fight the Matadoe in Madrid. When brought into the ring, however, all he would do was sit on his hind end and breathe in the lovely flowers worn by the lady spectators. Ferdinand was then brought home, where he lived out his days content smelling his flowers.

The Story of Ferdinand spurned both financial success and international outrage – released just on the brink of World War 2, many commentators labeled the work as pacifist propaganda aimed at children, but most readers responded to it just as it was: an innocent, charming little story about being true to one’s self. In addition to the timeless message of individuality, The Story of Ferdinand crossed gender lines by providing a counterweight to traditional presentations of masculinity, providing affirmation to little boys resistant to the more extreme conceptions of manhood.

Munro’s beloved story was first adapted by Walt Disney into an Oscar-winning animated short in 1938, but it wasn’t until 80 years after its publication before Ferdinand earned a feature-length film of his own. Blue Sky’s Ferdinand is a mostly faithful rendering of the classic tale, though it understandably takes some creative liberties to flesh out Munro’s bare-bones little anecdote. By being given the kiddie-fare CG-treatment, much of the elegance of the source material is dominated by the genre-requisite juvenile mischief, although it’s appreciable it shows up at all.

In contrast to previous entries by Blue Sky director Carlos Saldanha – Robots, Rio, and Ice Age, to name a few, Ferdinand is comparatively more refined, which can likely be attributed to a shared respect among the filmmakers for the classic story. Set in early 20th century Spain, Ferdinand furnishes a more distinctive flavor than standard animation tends to offer, although decidedly American behavior often distracts from the style. In relation to Saldanha’s tribute to his native Brazil with Rio, Ferdinand is less authentic, yet attempts to honor the source gratify all the same.

John Cena is well-cast in the title role, and he truly bodies the character, providing more impassioned work than one would generally expect in such content. Cena’s hulking presence effectively transfers over to Ferdinand, and the WWE superstar saturates the bull with a perceptible warmth, although if you’re not familiar with the actor, his performance would likely resonate as more forgettable. Kate McKinnon succeeds as the obnoxious old goat Lupe, and though the character is not exactly lovable, it’s an achievement the animal isn’t excruciating.

The unfortunate side of adapting this cherished story in 2017 is the profusion of similar content that’s been created since Munro’s writing, as Ferdinand feels less than original. Talking animals is far from a fresh concept, and the farm setting as well as a maternal young girl heavily evoke Charlotte’s Web. Similar to E.B. White’s novel, the inclusion of a “chop house” for bulls who fail to serve their purpose administers a surprisingly darker dimension to the film, although Saldanha eventually cowers from this element as a certain scene reverses the location’s finality.

Though the overall execution is thoroughly underwhelming, Ferdinand impresses as a mildly more sophisticated treat from the often-dodgy Blue Sky Studios. The forced combat constitutes a sort-of Spartacus or Gladiator for the kiddie set, and a pleasing dosage of witty humor is enough to amuse adults. You’ll chuckle when you hear some of Lupe’s cracks, such as referring to Ferdinand as “F-bomb,” and a sequence depicting a literal bull in a china shop makes full use of its comic potential. Ferdinand is utterly unremarkable, but it’s certainly better than you would expect.

Written by Robert L. Baird, Tim Federle, and Brad Copeland, based on The Story of Ferdinand by Munro Leaf.