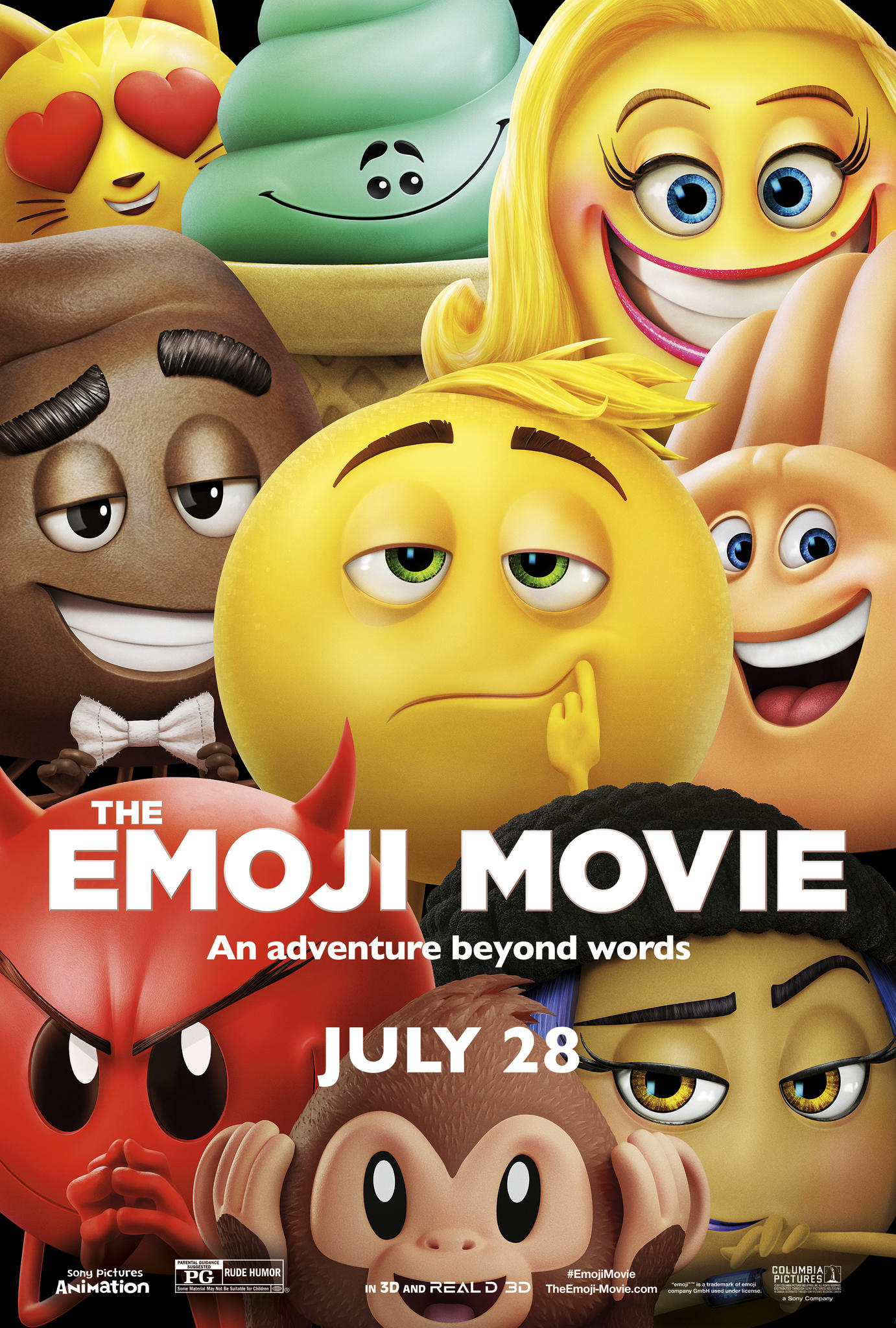 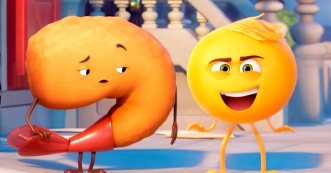 Welcome to the most atrocious money grab of 2017. Sony Pictures Animation’s newest offering scrapes the absolute bottom of the barrel with a shameless exploitation of pop culture. Devoid of imagination, wit, laughs, originality, dignity, or any resemblance of inspiration at all, The Emoji Movie is a formidable contender for worst movie of the year.

It’s tempting to keep things brief, appropriately summing this film up with simply the “poop” emoji. However, this would too closely imitate The Emoji Movie’s aggravating, juvenile celebration of cutesy shorthand. It would also be a disservice to the plethora of violations on display here, and it is imperative that all those involved can acknowledge this catastrophe if there is any hope for avoiding a recurrence.

Running at a slim 86 minutes, The Emoji Movie wears out its welcome within the first fifteen. In a familiar concept that flagrantly borrows from recent Disney fare, we are introduced to the world in which emojis inhabit. Ripping off Wreck-It Wralph, the peppy little characters live and work in an application city called “Textopolis,” where they are predetermined at birth to serve out a certain communication function.

Our protagonist is “Meh” (T.J. Miller), the emoji character you use to express your lack of enthusiasm for the topic at hand. The trouble with “Meh” is that he is way too happy and expressive to competently perform his assigned task, which awkwardly harps on the clichéd themes of individualism and self-acceptance. When duty calls, and Meh is selected to appear in a text, he panics, contorting into all sorts of confusing looks. Because of his failure, he soon faces deletion.

To avoid exile from Textopolis, Meh teams up with High-Five (James Corden), an emoji who is depressed from being underworked, to seek the help of a hacker in the “piracy app” to remedy their problems. They successfully become acquainted with an emo hacker girl named Jailbreak (Anna Faris), and embark on an app-trotting adventure across the phone to reprogram Meh and High-Five so they can live out happier lives.

In a distinct plagiarization of Inside Out, the emotive beings live in the phone of a boy named Alex, overseeing his daily life, and performing the thoroughly replaceable task of dumbing down personal communication skills. Unlike the characters in that far-better conceived film, the characters in The Emoji Movie don’t supervise the critical functions of psychological balance, but rather exist to obstruct their user’s inclination toward natural human interaction.

In aiming to capitalize on the meteoric popularity of emojis, the movie endeavors to attract viewers as a celebration of the frivolous trend. However, director Tony Leondis is inevitably unable to subvert acknowledging the triviality of the whole craze, insulting the devotees who will support the movie. In attempts to appeal to adult viewers, the film mocks modern kids’ over-reliance on cell phones. This only serves to highlight the inanity of this feature’s intentions, and it berates the target demographic in the process.

In a world where utter stereotypes are brought to life, it should be no surprise that the characters are paper-thin. T.J. Miller has a three-dimensional presence, but Anna Faris is unmemorable, and James Corden hardly registers. The humor is completely banal, and will only resonate with the youngest of viewers. The infinite jokes riffing on the characters’ cemented emotional expressions get old immediately. The film is attractively designed, but that is par for the course with modern animation.

If there is any redemption to be found here, it is in the timely, but under-explored theme of stereotypes. Jailbreak, a princess emoji uncomfortable with her role, laments how “in the first emoji set, the only girls were a princess and a bride.” This is refreshing, but the same treatment isn’t given for race. Though there was an outcry for more than Caucasian-based options in recent times, the film parades racial epithets such as a Sofía Vergara-voiced flamenco dancer.

Perhaps the film’s greatest offense is the onslaught of product placement. In a feature whose very premise is a commercial for Apple to begin with, the viewer is solicited with constant references to The Cloud. Dialogue, and even entire sequences are dedicated to the rejoicing of Candy Crush, Just Dance, Instagram, and Facebook. I was floored when the savior from a climactic peril was a Twitter bird, swooping out of the heavens in the nick of time.

It is fairly ironic how, in an industry that recklessly competes with cell phones for viewers’ attention, one that does the poorest job is about the phones themselves. Rather than offering clever satire of mobile culture, the worst entry in Sony Pictures Animation’s portfolio spotlights its superficiality, while simultaneously embracing it. The Emoji Movie is unbearable, a tasteless cash magnet masquerading as invention.

2 thoughts on “The Emoji Movie Review”