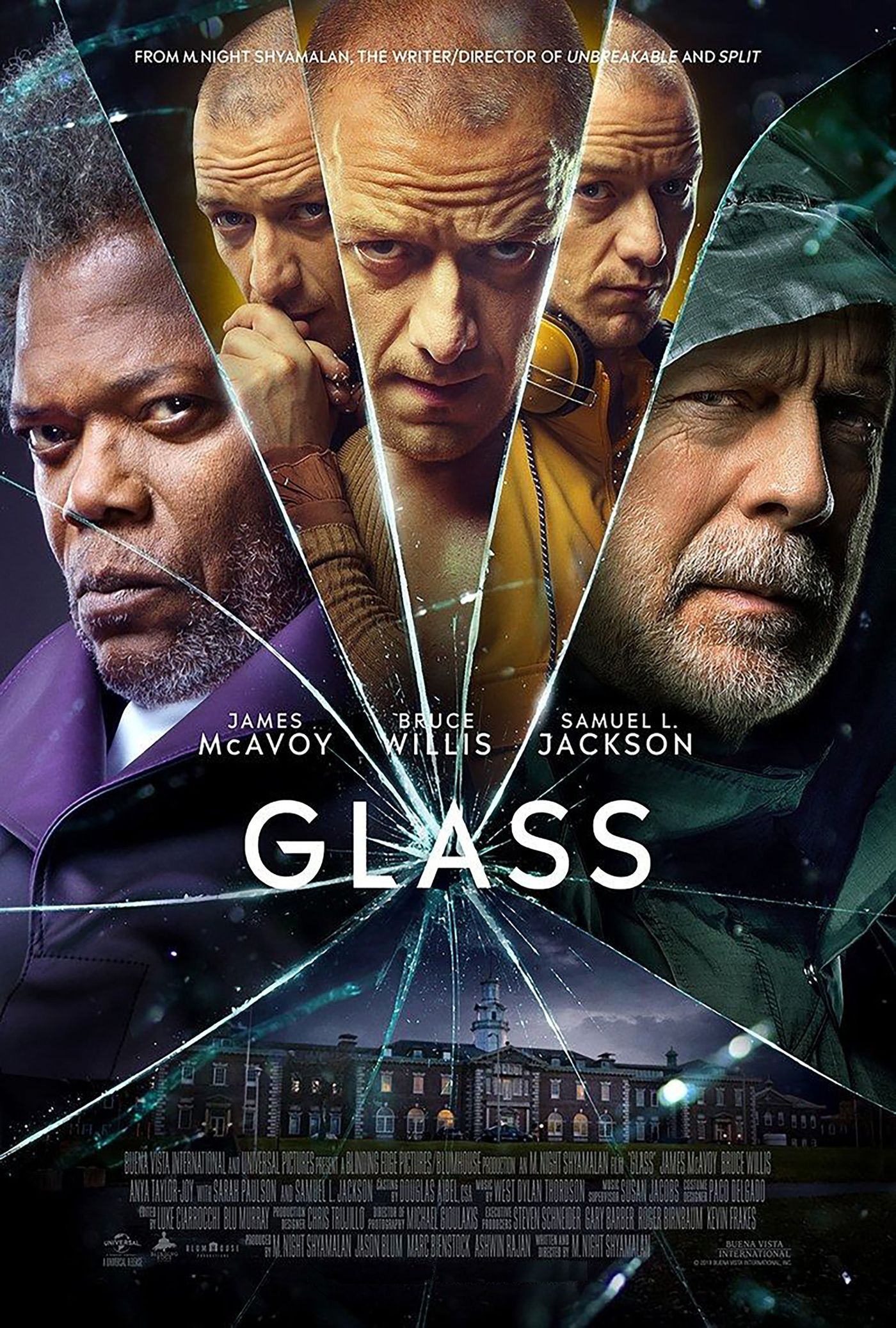 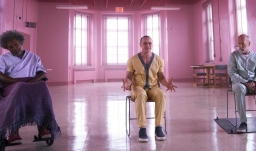 M. Night Shyamalan, one of the most fascinating and frustrating minds in Hollywood history, is back with the capper to his highly unorthodox trilogy. Beginning with 2000’s Unbreakable, and covertly extended with 2017’s Split, 2019’s Glass combines both movies to conclude what is being retroactively dubbed as The Eastrail 177 Trilogy. Fans of both films will be delighted to see characters like David Dunn and Kevin Wendell Crumb meeting face-to-face for the first time, but will likely be disappointed in the final direction Shyamalan chooses to take his long-gestating franchise.

After Indian-born M. Night Shyamalan rose to prominence with his record-breaking The Sixth Sense in 1999, the director teamed up with Bruce Willis again to craft his highly-anticipated follow-up, Unbreakable. A deconstruction of the at-that-time hibernating superhero genre, the film pondered the social and scientific implications of the comic medium, introducing characters including David Dunn (Willis), a security guard who discovers he has super-powers, and Mr. Glass (Samuel L. Jackson), a bone-brittle comic purveyor who fancies himself a mastermind.

It wasn’t until 17 years later that Shyamalan released Split, a back-door sequel that was marketed as a stand-alone horror film. The movie featured David Wendell Crumb (James McAvoy in a jaw-dropping performance), a sufferer of dissociative identity disorder with 23 distinct personalities who abducts three young girls. Crumb was a character Shyamalan had developed as the antagonist for Unbreakable, but abandoned due to script restraints focusing more on Dunn’s realization of his powers. The film included a surprise ending with David Dunn in a cameo.

After the unprecedented success of Split, Shyamalan has leveraged the anticipation for a sequel to revisit the themes and characters of 2000’s Unbreakable, a dream-come-true for fans of both films. Glass is a consistently-surprising surfeit of twists and revelations as Shyamalan toys with his characters and plot threads as if a kid writing his own comic book, but as the film progresses, it becomes increasingly clear that the artisan doesn’t quite know where to ultimately take his beloved material, a problem that has long-riddled the troubled writer’s extensive filmography.

The property has been conceptually-challenged going as far back as Unbreakable. That original film felt lopsided, consisting of a prolonged first act that was all foundation and no plot development. With a villain jammed in at the last second wherein Mr. Glass was revealed as a mass murderer, Shyamalan forced both conflict and a twist ending to finish things all at once, resolving it with subtitles. Unbreakable left hordes of untouched potential on the playing field, and Glass offers the opportunity to mine that, and yet Shyamalan fumbles his chance to shine.

The majority of the crossover takes place in an insane asylum, after both David Dunn and Kevin Crumb are caught by law enforcement in the opening scenes following an exciting confrontation that should have been saved for the climax. The setting is not a flattering context for either Dunn or Crumb to shine, or Jackson’s Mr. Glass, who we find is also contained there by Dr. Ellie Staple (Sarah Paulson), a psychiatrist who has corralled the three felons in order to treat them for suffering from what she believes are delusions of grandeur related to superhero fantasies.

James McAvoy continues to showcase his spectacular acting abilities, here even more of a challenge as he is expected to toggle between characters at breakneck speed (including a handful of personalities not seen in the previous film). Unfortunately, placing Crumb under guard in a psychiatric hospital doesn’t do the character any favors, as he is much more formidable on his own turf as captor. And David Dunn, a character who was devoted an entire film laying the groundwork of his origins, gets completely sidelined here as the villains take center stage.

This happens via Mr. Glass constructing an elaborate plan to break his gifted cohorts out of the hospital, to stage a massive stunt in which the meta-humans can be introduced to the entire world by exploding three floors of a new skyscraper, and baiting Dunn to confront them. This would have made for a thrilling climax and an ultimately favorable film, but this turns out to be a red herring, as Shyamalan opts to bring his three movies to a head in the parking lot outside the hospital, using a convoluted writing scenario to force each popular character to an untimely end.

Though the end result is a disappointment, much of Glass packs unexpected pleasures as Shyamalan ties both Unbreakable and Split together in ways that may convince you this was the plan all along. The fact that both films have major moments taking place on trains is no accident, and the apparent discrepancy of Shyamalan’s cameos as separate characters in each film is rectified. Also, you get to see old faces like Spencer Treat Clark as David’s son Joseph all grown up, and Anya-Taylor Joy returns as Crumb’s past victim in material that is surprisingly powerful.

The film is exciting to witness, as it’s anyone’s guess as to where the writer/director could possibly be headed with this wild gambit, but the unfortunate reality is that it’s a destination that is wholly unsatisfying, flippantly disregarding much of the material that precedes. For this reason, the movie should only be recommended to the curious, as this is a fascinating case for study, as well as to those who are passionate about the preceding movies. After Split, Shyamalan was on an upswing, but in Glass he regresses back to his old familiar habit of faulty plotting.