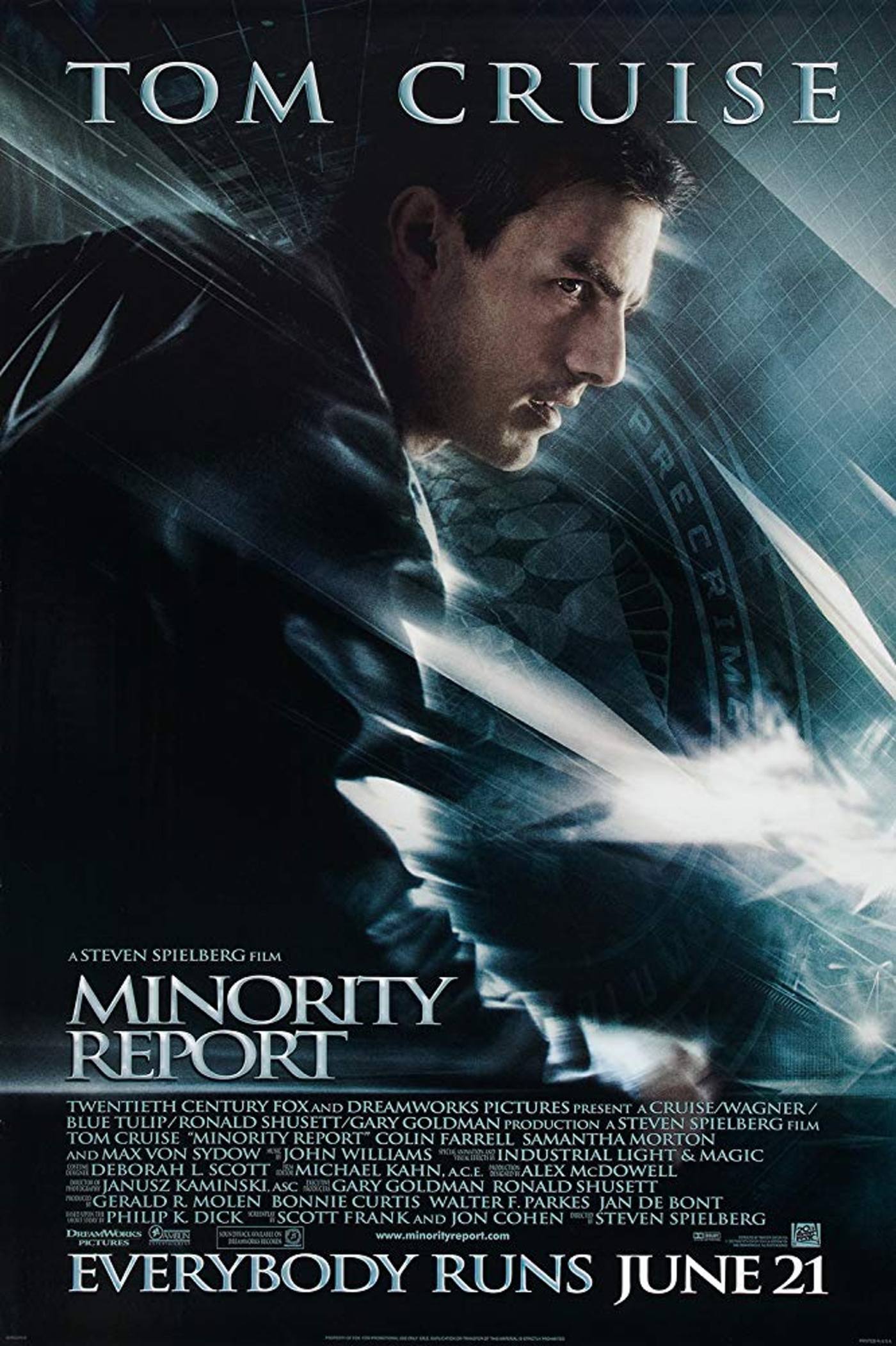 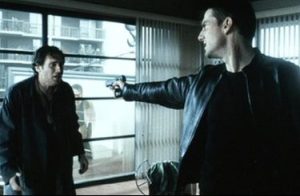 Guess what? You’re guilty of murder. It just hasn’t happened yet. If that doesn’t seem fair to you, then you’re with Spielberg. As part of a series on Film Sentinel, each week we are revisiting a work from Steven Spielberg’s career. Following a brief hiatus, this week we’re back looking at Minority Report. Based on the novella by Philip K. Dick, the film is one of Spielberg’s best of the 2000s. Set in a near future when murder is stopped before it even happens, Minority Report is a haunting exploration of themes including crime, justice and free will wrapped in a sleek, sci-fi thriller.

The original short story The Minority Report was written by the acclaimed science fiction author Philip K. Dick in 1956. A writer whose works have had a profound impact on science fiction cinema, inspiring films such as Blade Runner and Total Recall, The Minority Report describes a future where violent crime is stopped before it occurs by the “PreCrime Division.” PreCrime’s commissioner John Anderton’s life is turned upside-down when he is targeted as a future murderer, and as he seeks to clear his name, the merits of a pre-crime society are deconstructed.

Producer Gary Goldman had been working to get The Minority Report adapted to film since 1992. Steven Spielberg and Tom Cruise had become friends on the set of Risky Business and hoped to work together at some point. Goldman hired novelist Jon Cohen to write a script, which was originally to be directed by Jan de Bont. Cruise read the script, and passed it on to Spielberg, prompting both to get involved. As the film was in the pre-production stage, it was delayed for several years, but was eventually released in 2002 featuring a script rewrite by Scott Frank.

Spielberg’s Minority Report is set in a 2054 homicide-free Washington D.C., which is possible due to the PreCrime experiment, which utilizes three precognitive mutants able to predict local homicides. Chief John Anderton (Tom Cruise) is shocked when he is predicted to be a murderer, spurring him to flee while trying to track down the “minority report,” a conflicting precog vision that might suggest the future isn’t for certain. In the end, it is revealed that he was set up by PreCrime’s co-creator Lamar Burgess (Max Von Sydow), to protect himself and the system.

The policing structure on display here known as PreCrime is a disturbing notion, and one that is not terribly far removed from being feasible in the years ahead. The concept of mutants capable of future visions strikes as a bit fanciful, but it’s not hard to imagine tools such as predictive software and A.I. being used for such ends given enough technological advancement. Even if a system could be achieved that was perfectly accurate, it’s a means that strikes at the very heart of personal rights and freedom, and it’s worth discussing now while it’s still just a pipe dream.

Dick’s vision of such a system is satisfyingly conceived and demonstrated in his short story, but I would argue its depiction in Spielberg’s 21st century-update renders it even more believable as being possible in our world. For one, the existence of minority reports, instances in which not all three of the precogs have a consistent view of the future, is a secret closely guarded by those at the very top. This makes the idea that the public would support a system much more believable, as there would be an appearance that the system wasn’t only reliable, but totally free from error.

Of course, that proves not to be the case. With emerging research/speculation on time travel and multiple universe theories, it should give one serious pause to ever consider using such a system. A world such as this also evokes philosophical ponderings on free will and destiny, making one wonder whether the future is written in stone, or if each of our lives are following inevitable trajectories, regardless of how much control we believe we possess. The film mulls ideas such as these to fascinating results, without having to sacrifice comprehensibility in the process.

As Spielberg is a veteran filmmaker and a master of popular film, he is very capable of viewing material such as Dick’s cerebral science fiction storytelling and seeing how to turn it into an awe-inducing visual experience. For example, a major addition here that isn’t really present in the novella is how the PreCrime unit actually stops a murder once it knows it’s going to happen. This is displayed in the ambitious and effective opening scene in which first we experience flashes of what’s predicted to happen through the visions of the mutants, and then the events unfold.

Here, a man is about to kill his wife and her lover in a crime of passion, which is not pre-meditated. Another canny stroke here reduces the amount of lead time the team has to stop a murder, especially when they aren’t planned ahead of time, to dramatically enhance the urgency of each arrest. Utilizing a futuristic computer interface that dazzles the eye, Anderton and his team scrub the precog footage for any clue they can use to identify the suspect, then once they have their man, they swoop in with aerial vehicles and capture him for permanent stasis.

Similar to Dick’s Blade Runner and its film adaptation, Minority Report functions as a twisty detective noir blended with futuristic science fiction. As it follows his uncharacteristically nihilistic film A.I., the future of Spielberg’s Minority Report feels a bit brighter in comparison, but this is no utopia. The most memorable scene features the shocking twist in which Anderton finally confronts the man he is prophesied to kill. After spending the whole film convinced he won’t kill the man, John is horrified to find Leo Crow (supposedly) is the captor of his lost son.

It turns out there is no minority report at all (this kind of renders the film’s title meaningless, by the way) as the vision turns out to be true, although we find it’s the victim that forces Anderton to pull the trigger. It’s a twist upon a twist upon a twist, and though it’s a bit psychologically demanding on a first watch, it’s all clearly and smoothly orchestrated, and in the end, fully comprehensible (in contrast to a certain recent blockbuster, Tenet). And in true film-noir fashion, the villain isn’t who you think it is. This is all marvelously juggled by Spielberg’s adept direction.

A bravura Tom Cruise ushers us through these twists and turns as John Anderton, as his pain and rage motivated by the disappearance of his child emerge through his plight to clear his name. This element powerfully supplements an emotional angle to Dick’s short story, and it’s natural territory for Spielberg, who is drawn to the topic of broken families after the experience of his own growing up. This and a fantastic cast complement Philip K. Dick’s haunting thought experiment on crime and punishment, resulting in one of Spielberg’s most efficient films.

Next week features another film from the same year, Spielberg’s more lighthearted drama Catch Me if You Can. It’s on DVD and Blu-Ray, it’s also available for streaming on Hulu and Amazon Prime, and for rental through digital retailers. Give it a watch, and I will see you next week.

Written by Scott Frank and Jon Cohen, based on the novella The Minority Report by Philip K. Dick.