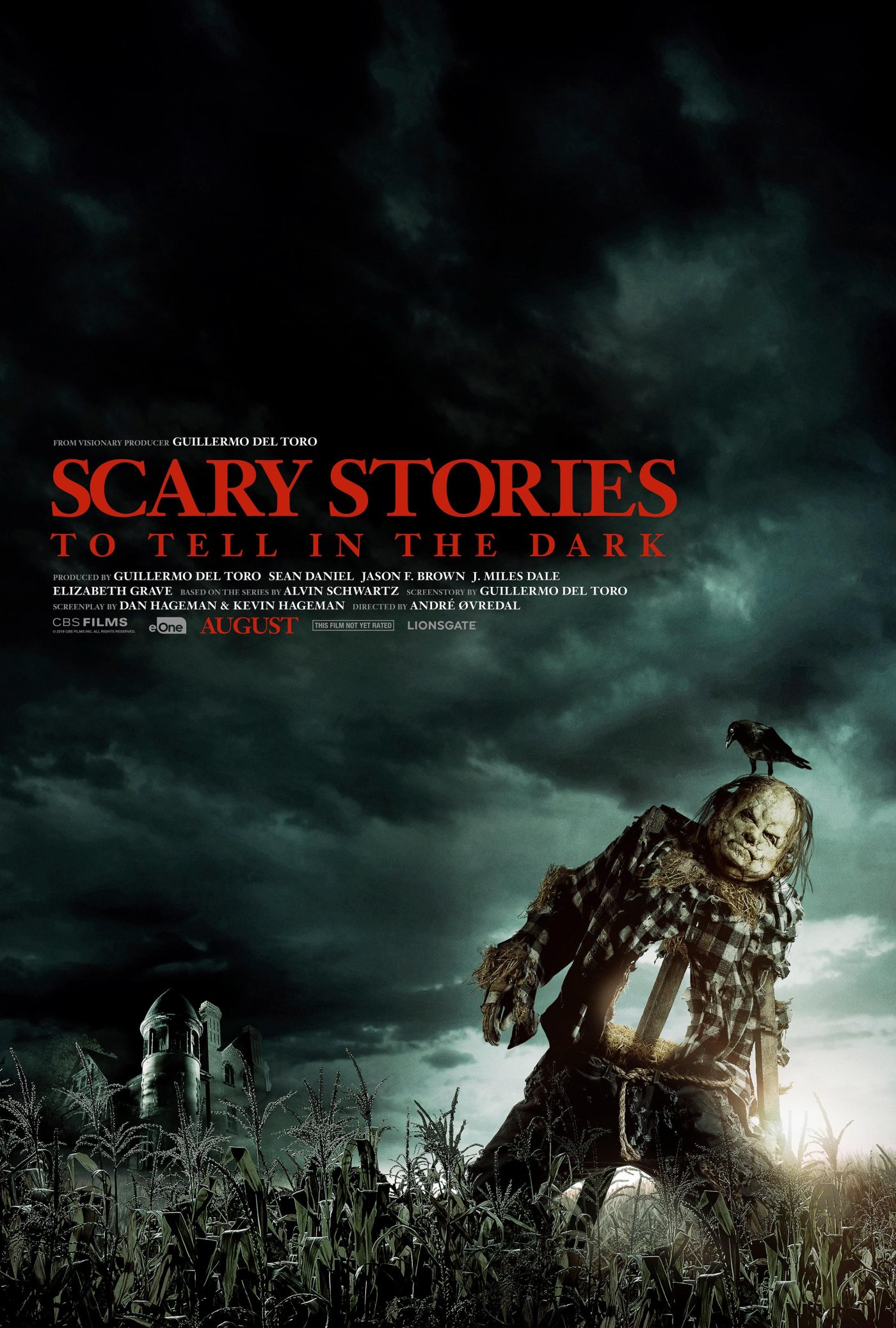 Just like the candy corn already lining the shelves of your local grocery store, Hollywood is wasting no time this year in capitalizing on the spirit of Halloween. Horror films often tend to fill out the slower periods of the cinematic calendar, but it’s not every year we have a film focused on the holiday released over three months ahead of time. Coming from Oscar-winning producer Guillermo del Toro, Scary Stories to Tell in the Dark takes cues from recent genre successes It and Stranger Things and is set in the nostalgic past, but there is much more here than simple imitation.

The movie is based on a series of three collections of short stories published between 1981 and 1991 by Alvin Schwartz, which are intended for children, but have been listed by the American Library Association as one of the most challenged book series, often being removed from schools due to parental complaints over their violent and mature content. Like the short stories it’s based on, the feature film adaptation of Scary Stories pushes the boundaries of its medium, proving that solid scares and some truly unsettling content are still possible within the realm of PG-13.

Del Toro, following up his award-winning success with 2017’s Best Picture-winner the Shape of Water, contributes to a story treatment here along with Saw 3D duo Patrick Melton and Marcus Dunstan, while The Lego Movie and Hotel Transylvania scribes Dan and Kevin Hageman take credit for the screenplay. Norwegian filmmaker André Øvredal directs, who you may know for delivering 2010’s found footage film Trollhunter, or 2016’s scarefest The Autopsy of Jane Doe. Both films have been praised by critics, and 2019’s Scary Stories continues that trend for Øvredal.

Set against the backdrop of the Vietnam War in 1968, Scary Stories to Tell in the Dark begins on Halloween night with three local teenagers wreaking some traditional mayhem in their small town of Mill Valley, Pennsylvania. An aspiring writer with a taste for horror, Stella (Zoe Colletti) isn’t exactly your basic teenage girl. She hangs out with her two guy friends, Augie (Gabriel Rush), who secretly has a crush on her, and the mischievous Chuck (Austin Zajur). While avoiding a group of bullies, they meet a young drifter named Ramón (Michael Garza).

Ramón joins them as the group explores a local haunted house. Legend has it that the daughter who lived there, Sarah Bellows, used to poison children, and was locked away. In the room where she was kept, Stella finds her book where she wrote scary stories, and takes it home. Soon, however, she begins to witness new stories writing themselves in the book, characters with the names of her friends dying gruesome deaths, which turn out to be really happening. It’s up to Stella to put Sarah’s spirit to rest, before she writes more stories, and kills more of her friends.

The challenge with adapting Schwartz’s series to film is that the books are merely collections of short, unrelated stories, each only a few pages in length. Del Toro could have gone down the anthology route, building a franchise with a film focusing on one story a piece, but as these stories are each quite succinct, this would require some massive fleshing out of some brief vignettes that don’t quite demand such treatment. Inspired partly by his Book of the Crossroads in Pan’s Labyrinth, del Toro preferred the idea of making the bound collection a plot device itself.

The benefit of this direction is that fans of the series get to see several memorable stories such as Me Tie Dough-ty Walker! or The Big Toe brought to life in one film, rather than waiting over the course of years for individual installments to be released. If the goal was to be as faithful to the series as possible, the best medium for this to be presented in would probably be a short film anthology akin to The ABCs of Death or a TV series like Black Mirror, but while there certainly could have been potential there, del Toro’s approach allows for some creativity with the concept.

The film adaptation of Scary Stories, and it’s marketing especially, have elected to focus on Schwartz’s scary story Harold as the centerpiece of the film. While he’s similar to Michael Myers, this murderous scarecrow’s big sequence is quite terrifying, as is a later one involving a nasty reanimated corpse inspired by Schwartz’s The Big Toe. However, the most alarming set piece of all comes from Schwartz’s short story The Dream, in which the unnerving, giant slug-like “Pale Lady” chases Chuck down hospital corridors in one hypnotic, disorienting nightmare of a scene.

The adaptions are strung together by del Toro’s idea of a “book that reads you,” in which Sarah, a character invented for this film, can sees into characters’ private lives, and writes stories that come to life based on their traumatic memories or secrets. This is an approach with superb potential, but is much more cartoonish in execution than it provides depth. The Jangly Man, for example, a zombie composed of loose body parts – is written into the film based on Ramón’s painful memories of his brother being shipped back from the Vietnam War “in pieces.”

But the silliness of the villain erodes any chance of psychological value. Comparably, the Big Toe sequence, in which Augie bites down on a corpse’s missing toe, stems merely from the context that he’s warily ingesting his mother’s leftover soup for dinner, not any meaningful material based on his character. Nonetheless, these sequences are still chilling and fun, and while the period setting is almost certainly a copy of recent pop culture hits, the Vietnam angle provides a unique spin, solidifying Scary Stories as a satisfactory early taste of Halloween.

SCARY STORIES TO TELL IN THE DARK

Written by Dan Hageman and Kevin Hageman. Story by Guillermo del Toro, Patrick Melton, Marcus Dunstan, based on Scary Stories to Tell in the Dark by Alvin Schwartz.