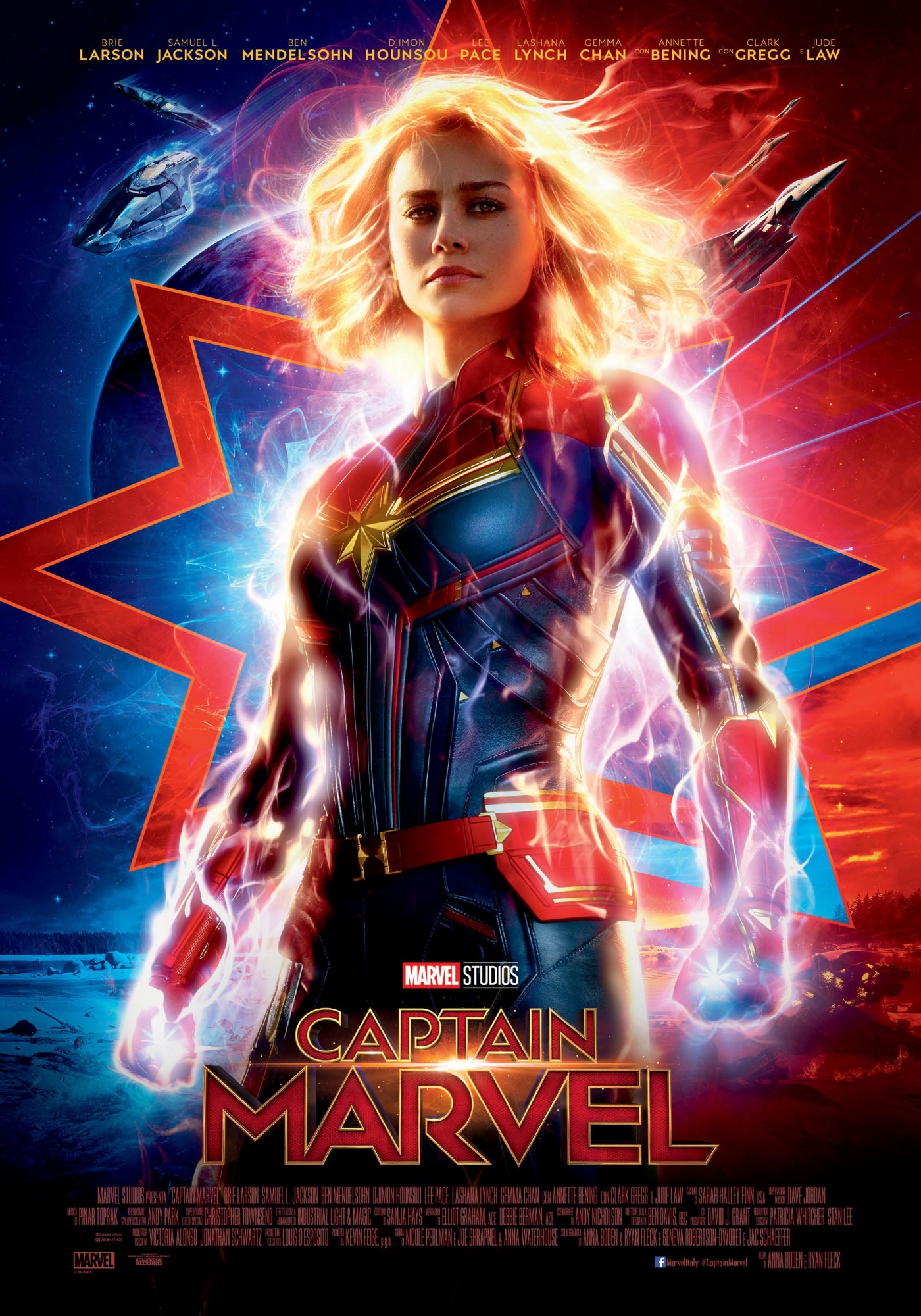 At only a month and a half before Avengers: Endgame hits theaters, Marvel Studios has seen fit to prime viewers for their upcoming mega-bombshell with a little blockbuster appetizer known as Captain Marvel. Having appeared in multiple incarnations in comic books throughout the years, the first major film adaptation for the label’s titular hero has been majorly anticipated in its own right. Following Ant-Man and the Wasp as the second film to bridge the gap between Avengers installments, Marvel’s latest origin story breaks ground with the first woman under the imprint to boast her own film.

It’s 2019 now, and enhanced representation for traditionally marginalized groups in superhero fare is still going strong. DC kicked things off in 2017 with Patty Jenkins’ highly-acclaimed Wonder Woman giving young girls their first comic-inspired cinematic heroine they could look up to, and Marvel picked up the baton for the black community in 2018 with the massively popular, Oscar-winning Black Panther. This year, the race continues with Captain Marvel, who is not only the first female under the label to bear her own film, she might even be the most powerful.

The name “Captain Marvel” first appeared in print in 1939 under Fawcett Comics, although this character was what would later be licensed by DC Comics and re-named as Shazam (who has a film of his own due next month), as by that time Marvel had developed a Captain Marvel of their own. Marvel’s Captain Marvel was created by Stan Lee and Gene Colan, and was introduced in 1967. The hero has seen an array of portrayals over the years, as both male and female, and the film adaptation focuses on the more recent Carol Danvers interpretation of the character.

Marvel Studios’ 21st film opens on the planet Hala, where Starforce member Vers (Brie Larson) trains under her mentor Yon-Rogg (Jude Law) to utilize her powers, which involve wielding some form of energy. She is lacking almost all her memories of her early life, and is suffering from recurring flashes, which prompts the Supreme Intelligence (the Kree’s A.I. and leader) to advise her to keep her emotions in check. During a mission infiltrating the shapeshifting race of aliens known as the Skrulls, Vers is captured, escapes, and crash lands in 1990’s-era Los Angeles.

After falling through the roof of a BlockBuster, S.H.I.E.L.D. takes notice of the alien presence, and Vers comes face-to-face with Nick Fury (Samuel L. Jackson), as well as agent Coulson (Clark Gregg). From there, they embark on a journey to uncover Vers’ true identity, as the Kree fighter begins to realize that she is actually Carol Danvers, a former U.S. Air Force pilot originally from Earth. The search eventually leads them to Maria Rambeau (Lashana Lynch), an old pilot buddy of Carol’s, and they are enlightened to startling new information regarding the Skrulls’ plight.

The film opens with a rather rocky start, as we are thrust into the weeds of a previously unseen alien civilization as we join Vers and the rest of her crew on a fast-paced undercover mission. The more relaxed moments such as the one-on-one training session between Vers and Yon-Rogg are handled fine enough, but once the military unit hits the stars, many viewers may get left behind as things go to light speed. It’s an approach similar to the better-handled opening scenes of the first Thor, which were much more engrossing due to Asgard’s alluring fantasy elements.

Danvers doesn’t start out as the most captivating central character either, as her background initially consists of primarily the unknown due to her mysterious amnesia, although her case of missing identity functions appropriately enough as an effective sympathizer. Thankfully, Brie Larson commands the role confidently as a headstrong heroine with attitude to spare, and as Vers’ backstory gradually gets fleshed out, the script from Anna Boden, Ryan Fleck, and Geneva Robertson-Dworet manages to hit a capable enough stride to match Larson’s welcoming energy.

In addition to contributing to the screenplay, filmmaking duo Anna Boden and Ryan Fleck handle directing duties. Considering their joint resume up until this point has consisted of lower-budget comedies and dramas including It’s Kind of a Funny Story, Sugar, and Half Nelson, they understandably struggle to shoulder the demands of a major Hollywood spectacle. The film is uneven and the pacing is off, but the duo make up for these shortcomings with their confident grasp on comedy in the more intimate scenes, as well as with some endearing 1990s nostalgia.

Considering the film is set in the pre-Avengers era, it’s a pleasure to get to spend some time with Nick Fury again after a lengthy hiatus from the MCU. Unlike any other Marvel film, Samuel L. Jackson is a major starring player, and the generous helping of good old- fashioned Jackson-style raucous sarcasm plays well off Larson’s tenacious toughness. The supporting players such as Lashana Lynch as Maria and Ben Mendelsohn as the lead Skrull Talos offer plenty of flavor as well, and you’re sure to love the addition of a certain cat affectionately referred to as “Goose.”

Going along with Captain Marvel’s significance as one of the first major female cinematic superheroes, the film manages to weave in some social commentary as well. Cautions to Carol to “keep her emotions in check” highlights a major stereotype for women , and Carol’s background as a 90s-era Air Force pilot who was only allowed to test planes serves as an effective metaphor for the comic genre at large. Thanks to DC and Marvel, the world of superheroes continues to grow ever-more inclusive, and there’s no sign that progress will be slowing any time soon.

Written by Anna Boden, Ryan Fleck, and Geneva Robertson-Dworet, based on Captain Marvel by Stan Lee and Gene Colan, and Carol Danvers by Roy Thomas and Gene Colan.