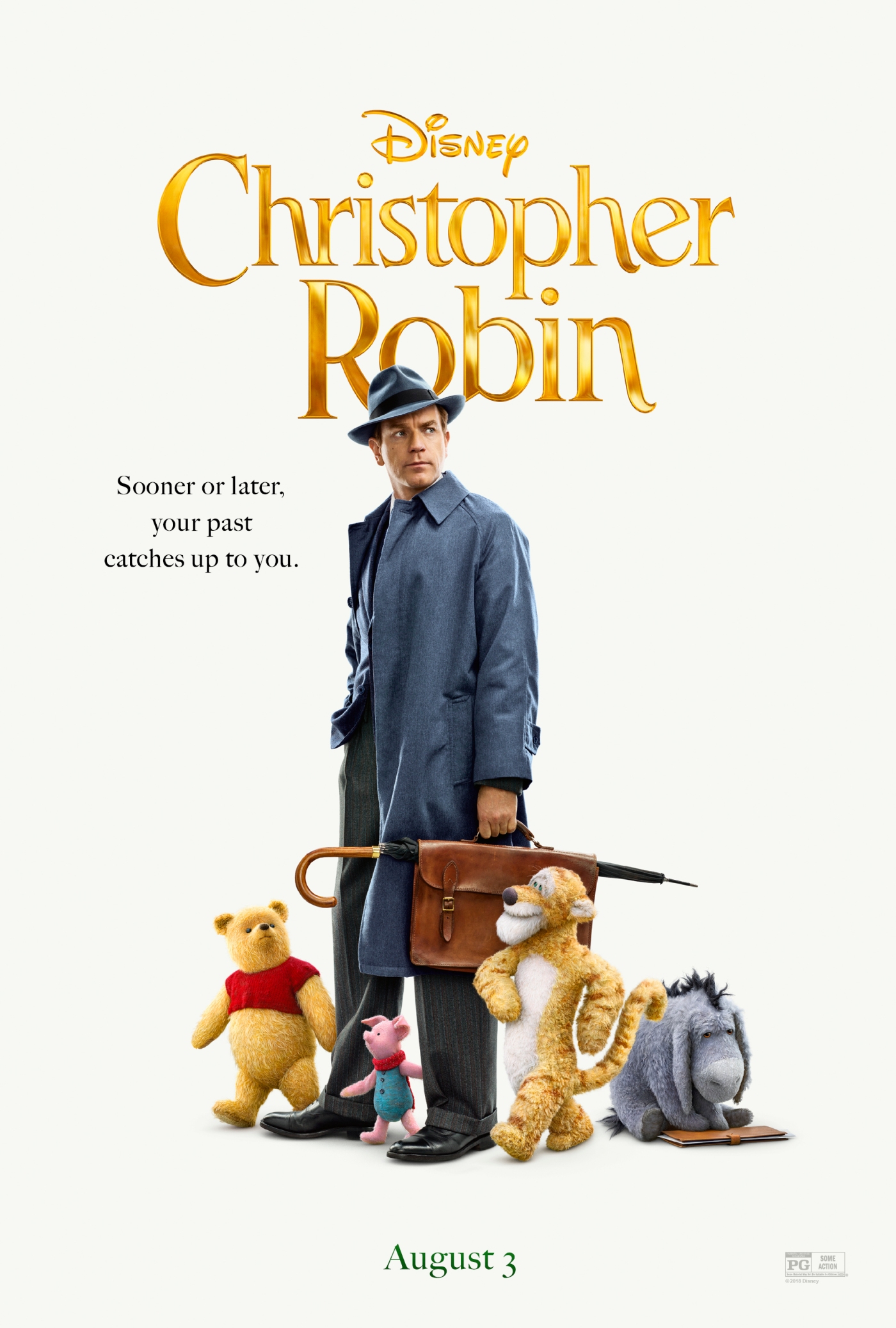 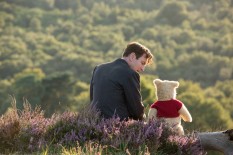 Welcome back to the Hundred Acre Wood. In Christopher Robin, the boy with a host of stuffed-animal friends featured in A.A. Milne’s beloved children’s books makes a triumphant return in the first property to bear his namesake. With him, Winnie the Pooh, Piglet, Tigger, and the rest of the gang are back for more adventure and revelry in the most mature installment this sprawling franchise has had yet to offer. Christopher Robin sputters at times, but boasts some profound nostalgia and warmth for those of us who also grew up with that silly old bear.

Christopher Robin and Winnie the Pooh were created and named after A.A. Milne’s own son, Christopher Robin Milne and his teddy bear. The collection of short stories Winnie-The-Pooh was first published in England in 1926, and has since become world renown. The book was one of the many Walt Disney sought to adapt to animation, and his short films were eventually packaged as The Many Adventures of Winnie The Pooh in 1977 as the last feature the artist had any personal involvement with, representing the studio’s former golden age during its first major slump.

Over the years, those seminal Disney shorts have been followed up by countless sequels such as the TV series The New Adventures of Winnie the Pooh, or the more tasteful film Winnie the Pooh from 2011, but never before Christopher Robin has the material been presented in such an adult light. Last year, Fox Searchlight Pictures examined the real-life Christopher Robin Milne’s disdain for living in the shadow of his father’s success in the biographical drama Goodbye Christopher Robin, but the fictional Christopher and his pals have never seen such serious treatment until today.

And thus, Christopher Robin is the first genuine Winnie-the-Pooh property designed primarily for adults, as I can imagine young children getting restless during certain periods of this movie. The film explores timeless concepts such as coming-of-age and the stressors of adulthood, as well as the urgency of preserving your inner child in the face of a humorless world, themes that will certainly be lost on the little ones in attendance. The execution of these ideas could see plenty of improvement, but the material here is a refreshing comfort for the times we’re living in even so.

The film begins with a young Christopher Robin (Orton O’Brien) giving a heartfelt goodbye to Pooh (Jim Cummings) and the rest of the Hundred Acre Wood as he prepares to ship off to boarding school, where the boy will soon leave his childish things behind and receive a hasty introduction to the grown-up world. He experiences tragedy with the death of his father and as a soldier in World War II, but he also finds love with a woman named Evelyn (Hayley Atwell), marries her and starts a family, and fathers a little girl named Madeline (Bronte Carmichael).

Fully-grown and approaching middle-age, Christopher Robin (Ewan McGregor) is finished with the war and fairly successful as an efficiency manager at a luggage company. The promise of a better life renders him a tireless worker, and the time away from home creates friction with his wife. One fateful weekend, his tyrannical boss (Mark Gatiss) demands he work the weekend putting together a plan to downsize the staff. This causes him to miss another holiday away with his family, and it is at this time a certain bear of very little brain finds his way back into his life.

In the beginning it is unclear whether Pooh and the rest of the gang really do exist, or if they are manifestations of CR’s childhood imagination reemerging during a stress-induced psychotic break as an adult. Later, however, it is definitively confirmed that these characters are actually real, as they separate from Robin and befriend his daughter Madeline, later introducing themselves to the other human characters. The Hundred Acre Wood itself appears envisioned here as some sort of alternate fantasy world, showing up in times of need similar to Narnia.

This in fact is rather disappointing that the writers, Alex Ross Perry and Allison Schroeder, chose to go this route, as it would have been far more interesting to be offered a head trip examining whether innate qualities such as frolic and play eventually force their way back to the surface after prolonged periods of self-suppression. What is offered instead is a rather familiar blend of reality and fantasy that comes off as more unfounded in its conception than it does intriguing. Perhaps Disney thought that would have been too much for a family film.

It’s also frustrating that Christopher Robin’s depiction here conflicts with the film’s intended purpose. The major takeaway embedded in the material is that of treasuring your youthful spirit and not getting too bogged down by daily demands – as Pooh says, “doing nothing often leads to the very best kind of something.” But yet, Christopher Robin appears here as less of a workaholic and more of a man in an unfortunate position, as his boss has to threaten him to come in over the weekend when he clearly would rather go to Sussex with his family than stay at the office.

Thankfully, director Marc Forster (Finding Neverland, The Kite Runner) slathers his film with as much satisfying nostalgia as Pooh does his cherished honey. Without a clear end goal, the narrative lacks drive, and some of the animal characters aren’t exactly as you might remember, but the core cast including Christopher, Pooh, and Tigger are spot on, and the film offers a painfully effective portrait of adulthood. With perfectly rendered CG-visuals seamlessly integrating Pooh into our world, this is one more nostalgic treat from Disney that is worthwhile.

Written by Alex Ross Perry and Allison Schroeder. Based on characters from Disney’s Winnie the Pooh and Winnie-the-Pooh by A. A. Milne and E. H. Shepard.