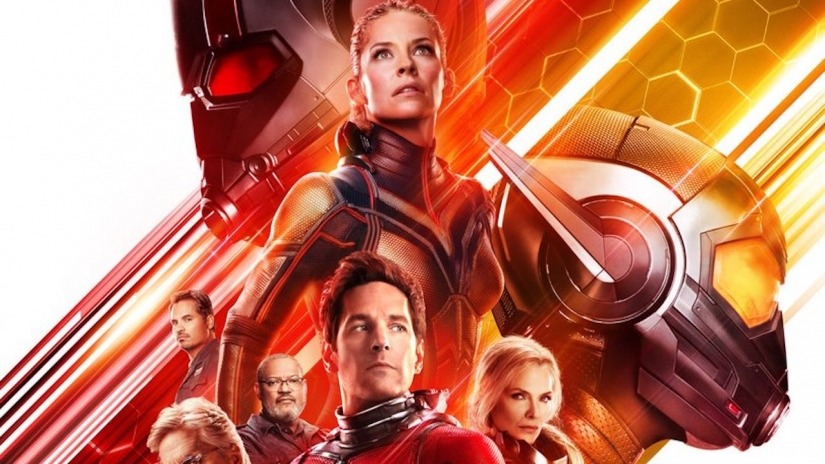 Dinosaurs and super-families are still ruling the box office, but there was a sure-fire surprise last weekend as Sicario: Day of the Soldado burst in guns blazing to a strong $19 million start, surpassing industry expectations that predicted the film to debut in the $12 million range like its predecessor in 2015. The basketball comedy Uncle Drew saw a strong opening as well, garnering over $15 million this weekend and settling into fourth place. With a worldwide cume of $932 million, Jurassic World is headed for $1 billion, while Incredibles 2 is at $646 million globally.

Gear up comic fans, because another Marvel film is on its way, though this time from one of the lesser members of the studio’s wheelhouse. Paul Rudd stars in the sequel Ant-Man and the Wasp, which sees co-star Evangeline Lilly promoted to a titular role. Industry expectations are anywhere between $75 and $100 million, while the reviews are tracking stronger than the first with a current 87% on Rotten Tomatoes. The horror prequel The First Purge began playing over the Fourth, with weekend expectations between $17 and $22 million. Reviews are mixed at 52%.

As the most straightforwardly comedic Marvel installment next to Guardians of the Galaxy, the original Ant-Man was a breezy, lighthearted adventure to be sure, but with the ousting of the fantastic original writer/director Edgar Wright, the film was watered down to better fit into the Marvel Cinematic Universe, and could have been so much more. However, with smoother reports on production behind the scenes, and Marvel’s recent quality streak, I am optimistic about the sequel. The Purge, on the other hand, is just another horror franchise that refuses to die.

I will be reviewing Ant-Man and the Wasp this weekend. I am expecting to award it a solid quality score of 7/10, and I will predict it to make $95 million over opening weekend. I am still behind on the third Purge movie, and am in no rush to get caught up on that series anytime soon. Let me know your predictions, and check back this weekend for the review of Ant-Man and the Wasp.