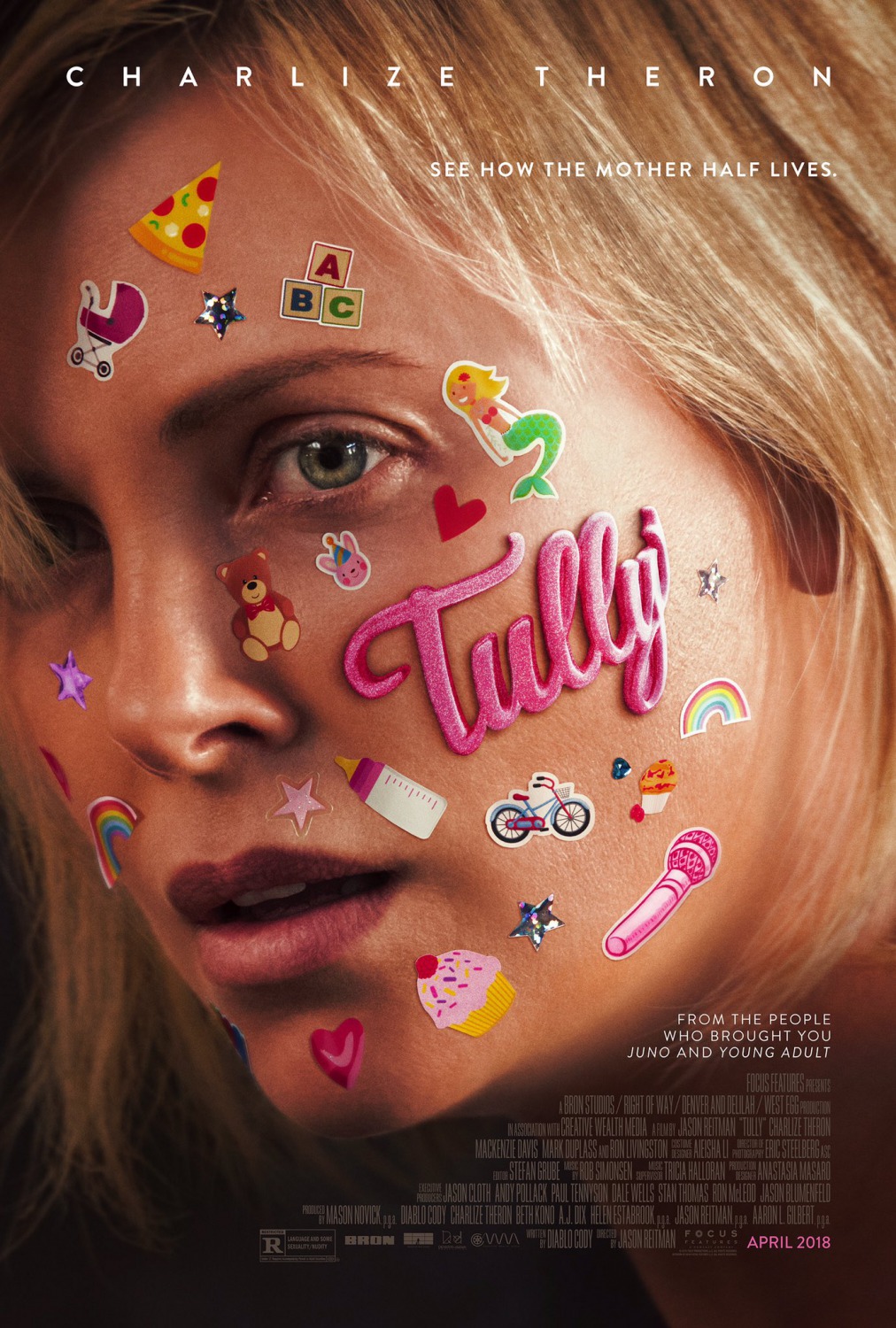 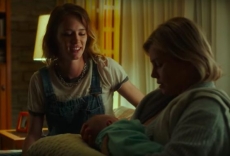 Film fans, chances are you’ll be catching Avengers: Infinity War for the second time this weekend, but make sure you don’t sleep on the newest comedy-drama to hit theaters – Tully. Set as counter programming to the latest comic book spectacle, Tully is an unexpectedly invigorating viewing experience, and a delightful exploration of motherhood. Featuring another committed performance from the ever-dependable Charlize Theron, Tully is difficult to predict, deeper and more artful than is standard, and offers a brutally authentic depiction of parenting.

Tully is the newest flick from Jason Reitman, the director known for the Oscar-nominated comedy-dramas Up in the Air in 2009 and Juno in 2007. Following two critical and box office failures, Labor Day in 2013 and Men, Women & Children in 2014, Reitman’s return to the director’s chair after a four-year break represents his return to good graces with the critical community. Opening a week before Mother’s Day, it stands to see how Tully will fare with the moviegoing public. The film faces a tough road – but deserves every chance to score itself a fan base.

Charlize Theron has proven time and time again that she is one of the most diligent and intense actresses in Hollywood today, demonstrated most memorably with her glamour-free portrayal of the serial killer Aileen Wournos in 2003’s Monster, and most recently as a deadly MI6 agent in last summer’s Atomic Blonde, an action role she trained so hard for that she cracked her teeth in training. Tully is Theron’s second collaboration with Reitman following 2011’s Young Adult, and fans of the actress should gear up, because she has proven her commitment once again.

The opening to Tully is puzzling. We drop in on Marlo (Theron), an extremely pregnant mother around the age of 40, brushing her Kindergarten-age son. Not his hair – she is literally brushing his arms, his legs, his feet. Completely unexplained, this comes across as incredibly odd, but at the same time, Marlo’s conscientious love for her son is undeniable. As things progress, it becomes increasingly clear that Marlo has her hands full with her two present children. Little Jonah has some sort of undiagnosed mental condition, and Sarah is a very nervous young girl.

Marlo’s latest pregnancy wasn’t exactly part of the plan. Yes, she and her husband Drew (Ron Livingston) are grateful and elated, but she’s clearly strained with the family as is. Her wealthy brother, Craig (Mark Duplass), offers to hire her a night nanny to help out. Usually repelled by his pretentious lifestyle choices, Marlo initially refuses, but quickly finds herself overwhelmed by the stress of the new baby and gives in. When Tully arrives (Mackenzie Davis), the colorful young woman begins to aid Marlo and enhance her life in ways she never would have imagined.

On her surface, Marlo, a middle-aged mother of three, isn’t necessarily a demanding role. Theron is not one to meet the minimum requirement, however, as she took it upon herself to gain 50 pounds in three months to prepare for the shoot. In an interview with Entertainment Tonight, Theron described setting an alarm for two in the morning to shove food down her throat, and subsequently spending a year and a half shedding the weight she packed on. Even with all that, the physical transformation isn’t the only impressive aspect to Theron’s performance.

The brushing scene proves important for later in the film, but it’s not in itself wholly necessary for recognizing Marlo’s hardworking care for her family. Many of the scenes comically portray Marlo on the brink of losing her temper (and actually losing it, such as when cussing out Jonah’s principle when he’s deemed too “quirky” to handle), but Theron always makes it clear that Marlo doesn’t hate being a mom or regret her life choices. As Drew, Livingston renders a laidback dad charming who is well-intentioned, but unwittingly defaults most of the parenting to his wife.

When Tully arrives, she does much more than tend to the newborn. She cleans the house from top to bottom, she bakes cupcakes, she even acts as a therapist, a wise mentor giving Marlo astute advice on parenting and her marriage with Drew, improving her life in every way. Her very presence, emerging only at night, feels almost unreal or supernatural, as if she were an angel or a fairy sent on a mission. Much of the impression of the fanciful is owed to Mackenzie Davis and her vivid acting work, bringing Tully to life with an evident sense of the ethereal.

Reitman has a lot of fun with this angle, and uses it to embed the film with some fascinating dreamlike imagery, likening Tully to a mermaid. This is effective so much so that when Tully leaves, it’s unclear whether she was some sort of celestial figure, or even a manifestation of Marlo’s postpartum mental state. I hesitate to say much more, because many of Tully’s pleasures come in questioning what Reitman’s intentions are. Real or not, Tully is an engaging watch, boasting a dedicated performance from Theron, and thoughtful meditation on parenthood.