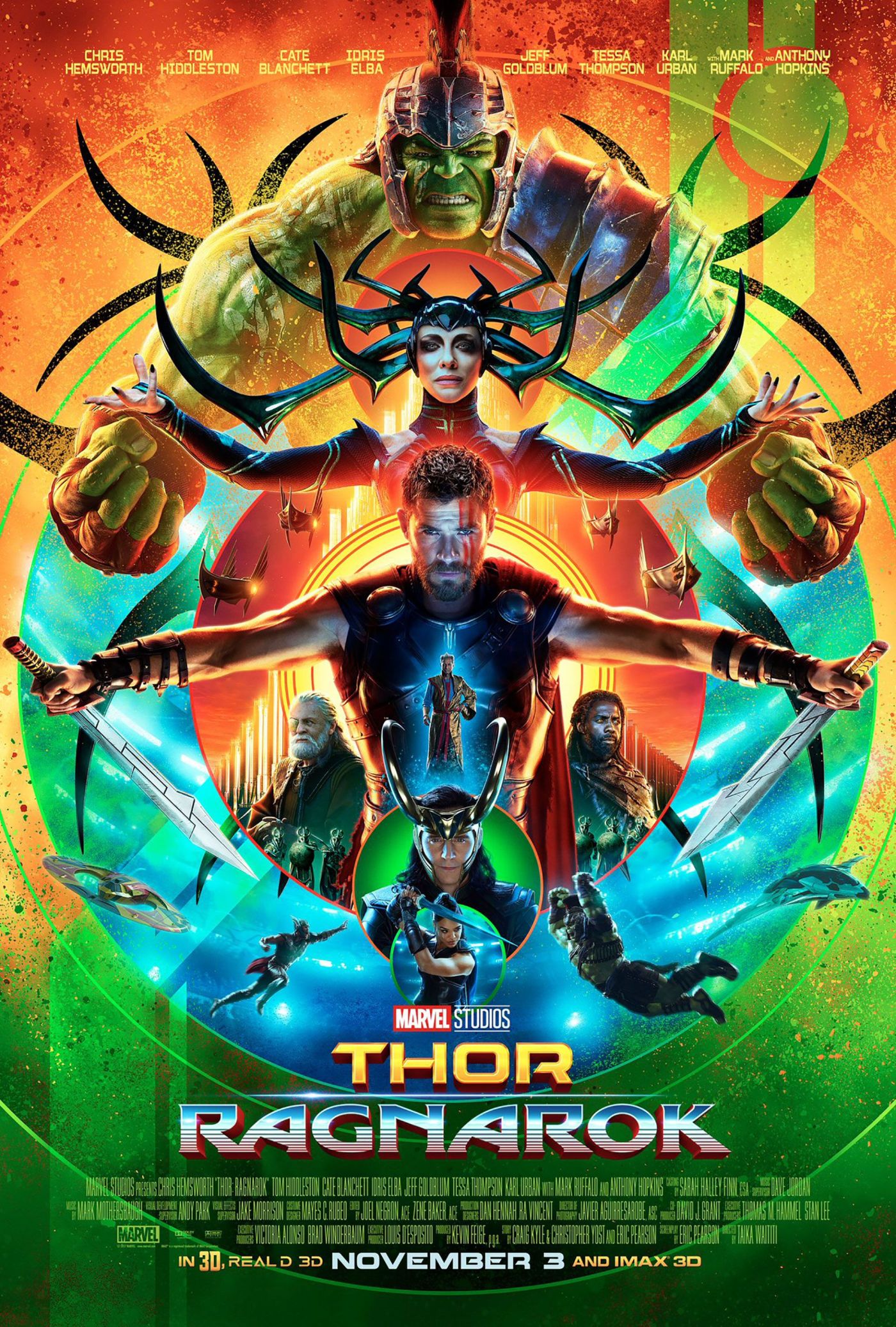 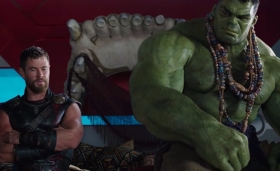 In Norse mythology, “Ragnarök” refers to the prophesied apocalypse: the purging of the world through water, and the beginning of life anew. In the Marvel Cinematic Universe’s 17th film, Kevin Feige and company deftly cleanse the Thor franchise of former blemish, and triumphantly usher in a glorious new era for the god of thunder. With New Zealand director Taika Waititi, the gamble pays off as the Hollywood newcomer never once breaks a sweat, astounding in his ability to infuse a production of mammoth proportions with a breezy indie vibe.

2017 has truly been a banner year for comic book movies. Studio executives are beginning to hone their craft, demonstrating steady improvement in handpicking directors. The Wolverine finally found a sweet spot in the unfiltered Logan, and DC reasserted artistic credibility with the female-empowering Wonder Woman. Meanwhile, the genre authorities at Marvel have only continued to dominate, first with the exuberant Guardians of the Galaxy sequel, then with the unexpectedly rousing Spider-Man reboot, and now with Thor’s invigorating return to form.

If you ignore Edward Norton’s scrapped Hulk, Thor was only the second Avenger to grace our screens when his origins film was released in 2011. Though that movie had its share of flaws, Kenneth Branagh’s Thor was a staggering success, crushing expectations in its ability to adapt an absurd comic property that depicted celestial deities with medieval cultural traits. Alan Taylor’s Thor: The Dark World was more ambitious: darker, with a sweeping scale and higher stakes, but ultimately failed to impress without the emotional core and narrative cohesion to back them up.

To offset The Dark World‘s tepid enthusiasm, Marvel sought a lighter treatment for Thor’s third outing more akin to Guardians of the Galaxy. Director Taika Waititi, who before this the budget of his previous four films combined couldn’t pay for a month of Ragnarok’s production, flabbergasts in his impeccable ease at commandeering the colossal scale of his first Hollywood project. Forever composed in the face of daunting pressure, Waititi effortlessly retains his playful indie spirit, expertly balancing a carefree jovial tone with explosive and dazzling visual effects.

The last time we spent much time with Chris Hemsworth’s hearty hammer-wielder was in 2015 in Avengers: Age of Ultron. Tired of cleaning up after cosmic maniacs drunk off the power of infinity stones, Thor embarked on an otherworldly mission to recover the remaining jewels. We pick things up with the golden-haired deity in the lair of fire demon Surtur. Of course, this is no situation a god can’t handle, and Thor soon escapes back to Asgard, where he finds Loki (Tom Hiddleston) on the throne in Odin’s form. He then forces his brother to take him to their father.

Benedict Cumberbatch makes a rather forced cameo as Doctor Strange to help the pair recover the king, and he sends them off to Norway. There, Odin (Anthony Hopkins) passes on after thousands of years of life. Why he would just happen to die the moment his sons show up is left unclear, and we find that his death allows his disgraced daughter Hela, the goddess of death (Cate Blanchett), to be released from captivity and wreak havoc. Hela easily overpowers Thor, destroys his hammer, and exiles the brothers to Sakaar, a planet that loves gladiator games.

While the setup to Sakaar is clunky, Ragnarok hits its stride once Thor gets stripped of power once again. Hemsworth imbues Thor with dependable gusto, this time soaring in his opportunity to flex his comedic chops. Pairing Thor with the Hulk proves inspired, and Mark Ruffalo as both Bruce Banner and the Hulk adeptly plays off Hemsworth in distinguished forms of chemistry. With her past experience as ghoulish characters, Cate Blanchett is perfect as the grimy and vicious, yet sprightly Hela. Jeff Goldblum has a noticeably good time as Sakaar’s “Grandmaster.”

Similar to Jon Favreau’s approach to Iron Man, Waititi’s production of Ragnarok depends heavily on naturalistic improvisation from his actors. Despite Ragnarok’s sheer size, Waititi leaves an indelible mark on the project, and his eccentric style of humor is present throughout. Having no prior CGI experience other than a Sour Patch Kids ad, Waititi relies on guidance of industry veterans to deliver a sensational visual spectacle. Computer imagery intersperses with practical effects in a colorfully dynamic presentation similar to but distinct from Guardians of the Galaxy.

Ragnarok mostly delivers the purification promised in its title, though there are instances where things could have been improved. Some unnecessary cameos make the film uneven, and why Thor and Loki have never heard of their sister Hela is hard to buy. Waititi’s quirks are given such a degree of freedom that some viewers may not click with his oddball tastes, but overall Ragnarok is a phenomenal sequel. With gleeful jests contrasting the self-serious Dark World, Waititi may be the most prosperous independent-turned-mogul to successfully retain his sense of intimacy.