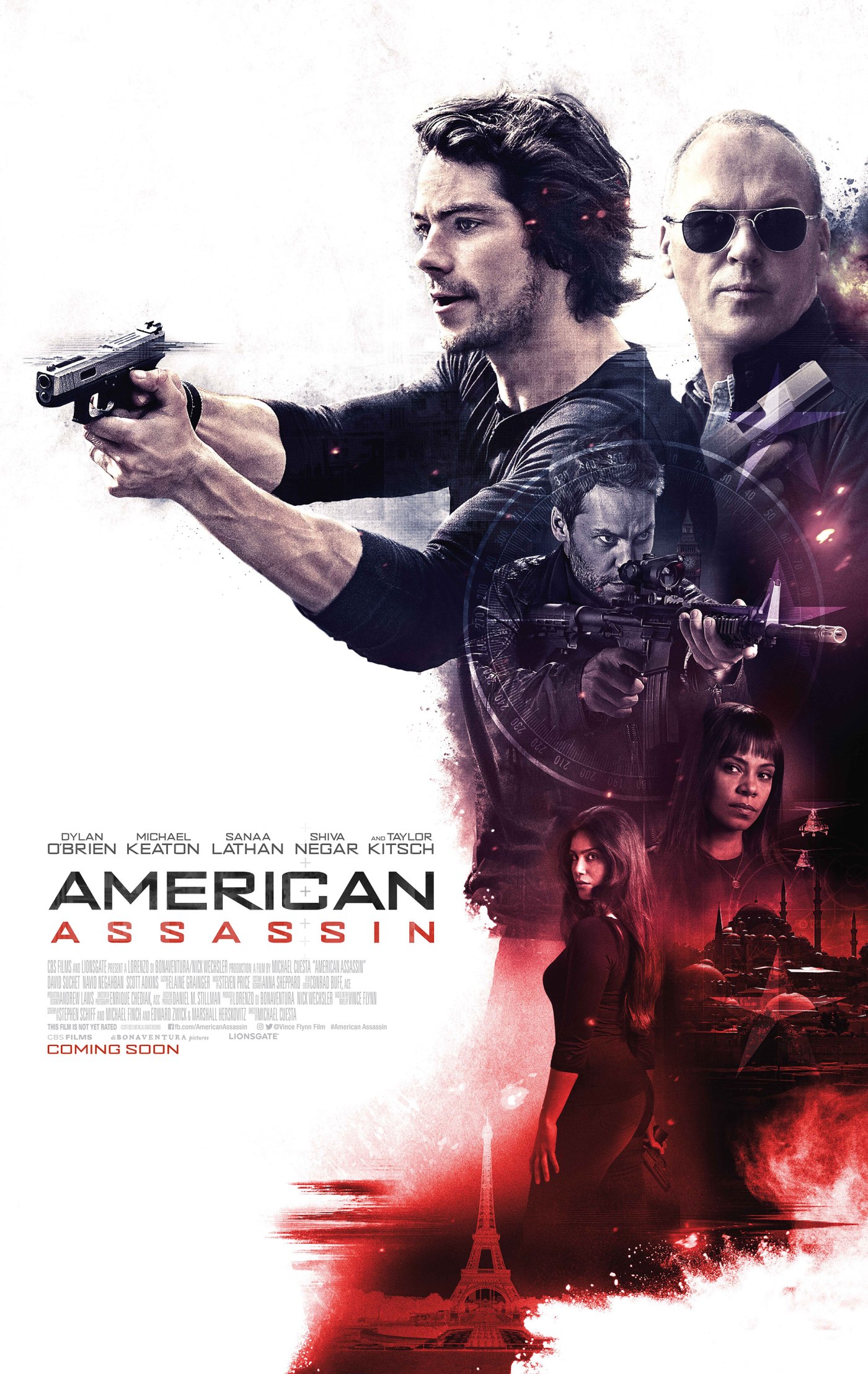 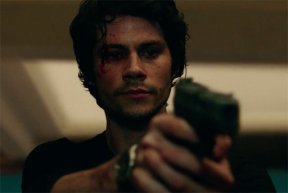 Given what’s been dominating headlines these days – terrorist attacks, immigration, chaos in the Middle East, and the threat of nuclear war – there is no better timing for a film that draws on male aggression and anger to deliver a patriotic action flick that simultaneously provides pertinent social commentary. Unfortunately, if you thought that’s what we were getting with American Assassin, you’ll have to keep waiting, because this pulse-pounder offers neither the confidence nor the maturity to adequately complement the serious times we are living in.

Dylan O’Brien of The Maze Runner and Teen Wolf fame appears here as Mitch Rapp, an everyday civilian who gets drawn into the terrorism fight when tragedy strikes one fateful day during a leisurely vacation in Spain. After a tearful proposal to his girlfriend Katrina (Charlotte Vega) while swimming off the coast of Ibiza, gunners swarm the beach and begin opening fire on innocents. Mitch catches a bullet in the shoulder, and is powerless when a shooter murders his fiancé. A devastated Mitch is left alive, but injured, and forever changed from the incident.

Cut to eighteen months later, Mitch is sporting an unruly beard and shaggy hair, and is overcome with obsession of effecting vengeance on the men responsible. Hotheaded, reckless and contentious, Mitch resembles Travis Bickle in Taxi Driver with the dial turned to the max, stewing in isolation as he spends his time letting loose in MMA sparring sessions and infiltrating jihadist cells online. O’Brien impressively retreats from his teen heartthrob image here as he believably resembles a young man utterly consumed with rage in attempts to cover his grief.

Mitch successfully sets up a meeting with the insurgent that killed his wife-to-be, planning to fearlessly and impossibly assassinate the entire cell before they expose the obvious falsity of his intentions to join. Before he can, though, American soldiers storm the scene and seize the life of Katrina’s murderer, effectively robbing the film of its hottest selling point before a half hour is up. The CIA, determined to channel Rapp’s furor for good use, convince him to train under Stan Hurley (Michael Keaton), an ex-Navy SEAL with expertise in isolating emotion from duty.

The premise of American Assassin serves fertile ground for philosophizing on the War on Terror, and with the increase of violent attacks in the last few months, the timing is doubtlessly more appropriate than the producers realized when the film was conceived. Based on a book series by Vince Flynn, American Assassin is intended to be the first in a proposed franchise. Several directors were considered, including Antoine Fuqua, with the film eventually landing with Michael Cuesta (L.I.E., Kill the Messenger) and screenwriter Stephen Schiff (The Americans).

Before O’Brien was cast, higher profile names were rumored to play Rapp, including Gerard Butler and Colin Farrell. Going with O’Brien was likely cheaper, but a gamble. He handles the role fine enough, and it’s certainly surprising to see him don such irate animosity so convincingly. I don’t watch Teen Wolf, but this was certainly a shock after seeing the Maze Runner films. However, while O’Brien’s effectively enraged Rapp makes for a suitable action star, O’Brien regrettably lacks the acting experience to offer the character much dimension.

This drawback is made worse by the simplistic screenplay, which went through multiple revisions before Schiff administered the final draft. Rapp’s arc involves learning to separate business from what’s personal, and while this offers potent material to watch Mitch grapple with his loss, this isn’t sufficiently explored. Most of the time, Rapp’s recklessness is stressed into absurdity as he constantly goes rogue and disobeys orders without reprimand. In addition, Rapp’s mourning isn’t sympathetic, as the brief time spent with Katrina is hardly adequate.

A more interesting dynamic is between Hurley and the movie’s antagonist, “Ghost” (Taylor Kitsch), the instructor’s former protege. Hurley’s failure with Ghost delves into the consequences of his rigid businesslike tactics, and Ghost represents what Rapp could eventually become. However, it’s unclear why Ghost would want to kill Americans. This contradicts Rapp’s obsessive hatred for terrorists, so this angle doesn’t quite work. Despite the weak material, however, Michael Keaton doesn’t disappoint, and Kitsch brings his trademark gruffness.

Though thought-provoking topics do emerge, American Assassin lacks the bravery or the competency to properly generate meaningful discussion, or to tie what’s on-screen to current events. Under a more assured director, perhaps the film could have examined the parallels between Rapp’s anger and the resentment that motivates terrorists to attack westerners. Sadly, that’s not the case here. While O’Brien packs a punch, and there is some reasonable action to be found, American Assassin lacks the dramatic gravity to fuel its patriotic fire.

Written by Stephen Schiff, Michael Finch, Edward Zwick and Marshall Herskovitz. Based on the novel American Assassin by Vince Flynn.