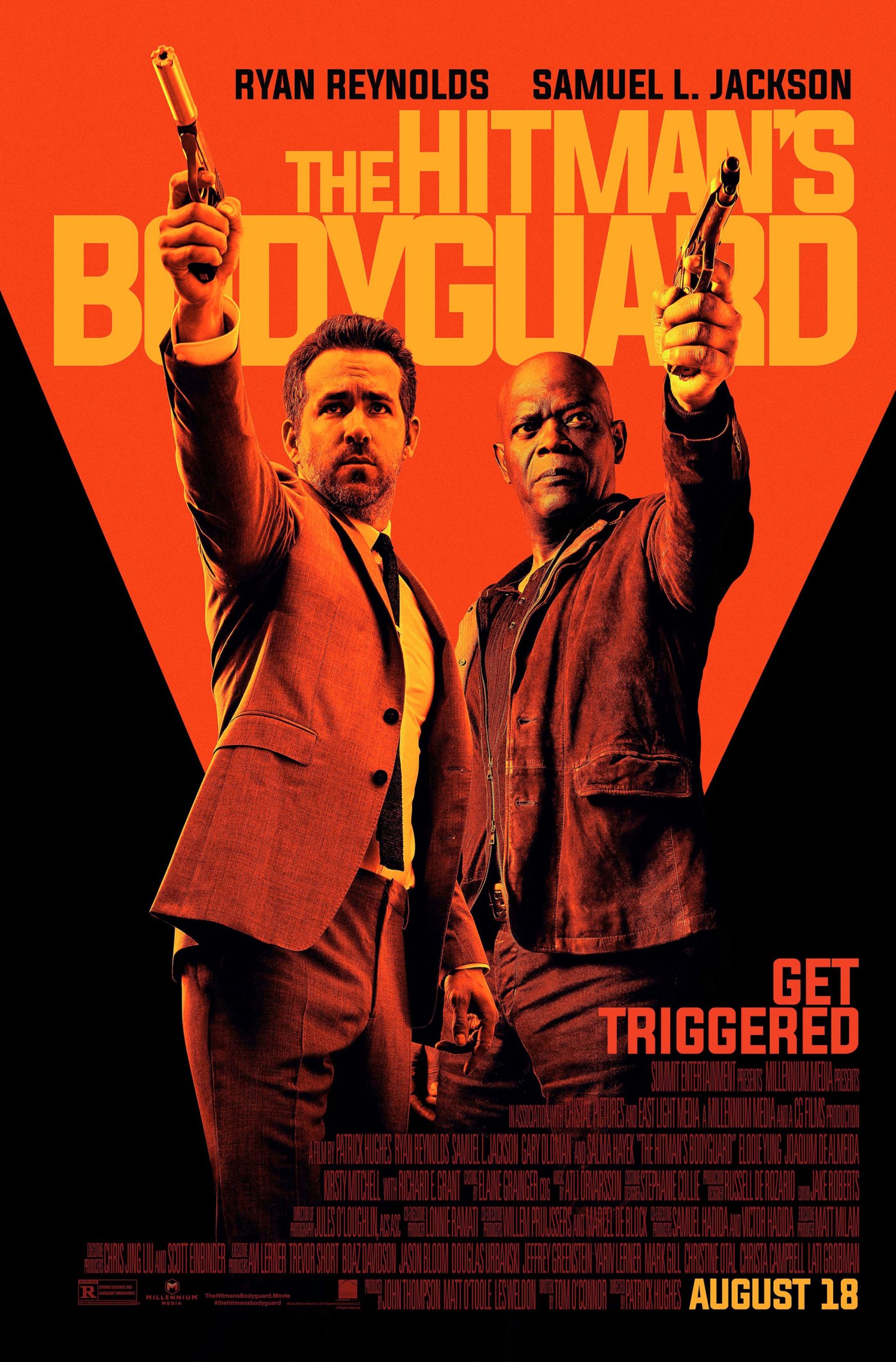 By the time you hit the dregs of summer, it’s not surprising to see a generic shoot-‘em-up top the box office. With no major openings to speak of this August, you could say September came early this year. Last weekend’s offbeat actioner Logan Lucky represents a bright spot, but unfortunately the public largely ignored it in favor of The Hitman’s Bodyguard. Though the wildly entertaining chemistry between Bodyguard’s two leads is nearly worth the price of admission alone, this action-comedy fails to transcend its cliché-ridden setup.

The Hitman’s Bodyguard is the third film from Patrick Hughes, an Australian film director who debuted with the well-received thriller Red Hill in 2010, and proceeded to helm the thoroughly forgettable Expendables 3. Bodyguard’s script is written by Tom O’Connor, a screenwriter whose only previous credit includes the critically panned, direct-to-video Fire with Fire. Though virtually unknown, O’Connor’s script for the Hitman’s Bodyguard made 2011’s Black List, an annual survey of Hollywood execs which ranks their favorite unproduced film scripts.

After several years in limbo, O’Connor “frantically” rewrote the film as a comedy only two weeks prior to filming to capitalize on the sparkling comic potential of Ryan Reynolds and Samuel L. Jackson’s casting. Whether there was any real value in O’Connor’s original treatment remains to be seen, as the final product represents little else than commonplace action fodder. Not having read the script, it’s difficult to blame the retoolment as a comedy as the film’s critical failure, because the jokes are the only redeeming content in the movie.

It’s true, as the wise casting of cocky pretty-boy Ryan Reynolds opposite crass-and-rugged Samuel L. Jackson is surely what put Bodyguard in the #1 spot this weekend. Whether any potential was wasted in abandoning the dramatic approach is hard to imagine, as the crackling chemistry between the pairing is what makes the film worthwhile. Though Reynolds’ Michael Bryce is less dynamic than the perpetually wisecracking Deadpool, the sarcastic banter impeccably offsets Jackson in a role that fittingly showcases his raucous unpredictability.

Bodyguard opens with Michael Bryce (Ryan Reynolds) living the good life. He is a triple-A rated protection detail, a distinction he seems to have invented himself. When his prized client, honcho arms dealer Kurosawa (a nod to the famed Japanese film director?) gets murdered, however, Bryce’s prestige takes a formidable tumble. He later agrees to an assignment that promises to restore his career status, a job that involves escorting hitman Darius Kincaid (Samuel L. Jackson) to testify in court against Belarus’s genocidal dictator (Gary Oldman).

Kincaid proves to be an uncooperative client, to say the least, and his reckless lack of fear conflicts considerably with Bryce’s meticulously cautious work style. These clever designations only serve to amplify the lively coordination of the co-stars. Élodie Yung of Marvel’s Defenders and Salma Hayek support as Bryce and Kincaid’s respective love interests. Yung shows moxie as an Interpol agent, and Hayek delights as a wild femme fatale. Gary Oldman, however, is not at his best as Belarusian dictator Dukhovich.

I’m tempted to blame the script, however, as whatever studio execs saw in O’Connor’s work that earned it a place on the famed Black List is not apparent here. Bryce’s career decline is hardly felt (he goes from protecting bad guys to… protecting bad guys?), and characterization for all characters is in short supply. In addition, the believability is low, and there are plenty leaps of logic (Kincaid, for instance, seems to miraculously heal from a gunshot wound in his calf). So, in other words, The Hitman’s Bodgyuard is a rather standard offseason action stand-in.

Where you might find Bodyguard worth the viewing, however, is in the film’s occasional instances of comedic success. The romance of the two deadly killers Kincaid and Hayek’s Sonia is a riot. A flashback where Kincaid experiences love at first sight in reaction to a jaw-dropping display of violence on Sonia’s part is one of the more inspired sequences in the film, as is Bryce’s account of meeting Yung’s Roussel during a chaos-ridden funeral. You’ll chuckle at the end when Kincaid and Sonia nonchalantly slow dance in the midst of a massive bar fight.

Despite its fleeting moments of hilarity, though, The Hitman’s Bodyguard is unable to overcome its familiar action-buddy premise. I would only recommend seeing the film if you are a passionate fan of Reynolds or Jackson, as the actors’ chemistry is the only element that redeems the movie from commonplace mediocrity. If you’re looking for action and some laughs this August, a far better choice would be Logan Lucky, Steven Soderbergh’s droll redneck heist flick. If you’re drawn to Bodyguard’s stars, however, there are worse ways to spend your time.

One thought on “The Hitman’s Bodyguard Review”